Do you want to know where to go, to get a great facial that actually helps the overall health of your skin?

Well the place to go is Essential Beauty.

Essential Beauty recently invited me to try out one or their beauty treatments, when I first received the invitation I wasn’t quite sure if I wanted to accept it, because when I think of Essential Beauty, the only thing that came to mind were the pictures of scary piercings I see when walking past their stores. Before accepting, I went on their website and had a look at their menu of treatments available and saw that they offer a range of facials….so I thought I’d try one of them out.

I have included some photos from my experience below but I didn’t take any before and after photos because usually after facials, you can’t really see a difference in the skin, it’s more about how it feels. In saying that I didn’t notice a difference in my skin straight after the facial, but I did notice a difference a couple days after.
When the beauty therapist applied the mask she spoke about how it works by taking of all dry skin and removes pretty much the outer most layer of skin. I think this was what helped the overall texture of my skin. You know the feeling when your having a bad time with your skin and you just feel like peeling the top layer your skin of and cleaning out the underneath, getting rid of all the black heads, white heads and any others gross things under the skin, I have this feeling quite often, and I think the mask worked extremely well in doing this, without me having to conduct any surgery on my skin…thank goodness!
Overall I was really happy with my Essential Beauty experience, the beauty therapist was lovely, the products are great quality and my skin feels a lot cleaner and in my eyes looks smoother. 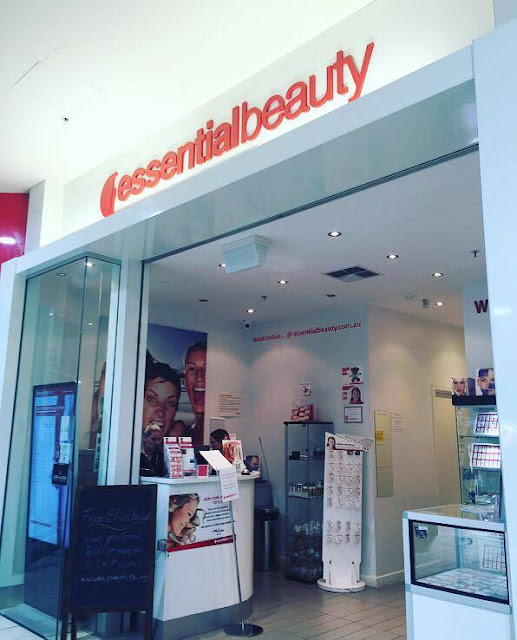 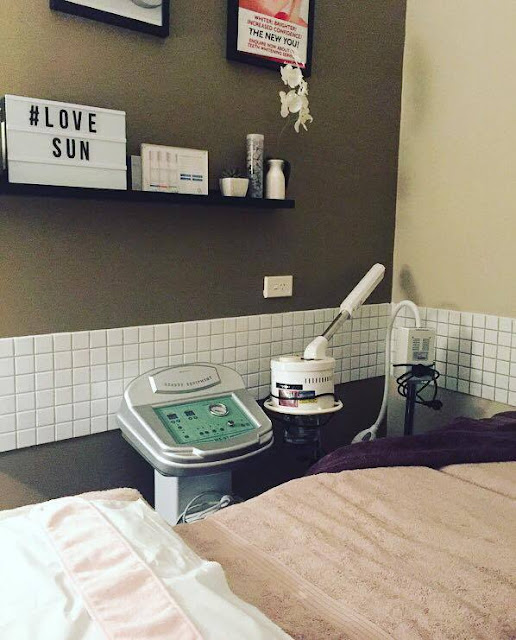 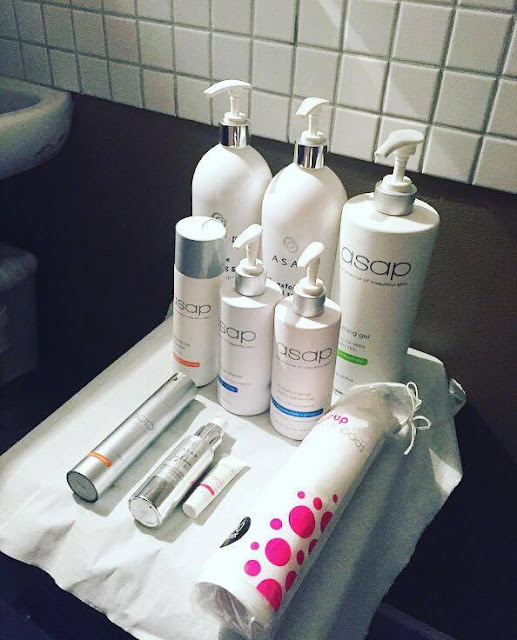 My nightime skincare routine in the past involved washing my face with either a cleanser or a scrub, I had never thought about nor tried using extra products such as oils or serums. During my school years I suffered heavily with acne, my skin was really bad, and I couldn’t help but break the pimples and squeeze my skin until it went numb (literally). Everyone would always tell me “don’t break your pimples, you’ll get scars”, but I just didn’t listen, and now I’m dealing with the consequences! For a long time I thought that the scars would go away in time, and I would just have to be patient and let them fade away but as of recent (from the beginning of this year) I decided to start using one extra product before bed to see if my skin would become smoother and the scars would go away. I must mention that each of these products were either sent to me to try out, in a gift bag or gifted from a friend, so I have been lucky to be able to try these out without having to break the bank, however they have got me hooked so I would definitely re-purchase some of them.

Starting with the oils, Kosmea’s organic rose hip oil and Body Shop’s coconut oil. The first before bed product I tried was the rose hip oil, I was so impressed by it at the beginning, when applying it, it just absorbs into the skin instantly and in the morning my skin felt so much softer. I found myself lathering it on before bed every night, however after a while, when I was getting near to the end of the bottle, I was noticing that it wasn’t as effective as it was when I first started using it. I’m not sure if this was because my skin was getting used to it so the effect wasn’t as great or maybe I was just used to seeing the improvement and was unable to notice anything beyond. I then started using Body Shop’s coconut oil. Again after applying the coconut oil I found that my skin felt softer, however this oil absorbs into the skin a lot slower than the rose hip oil, so I found that if there’s any pet fur on my bed/pillow it would get stuck to my face. After a while it is fine though, it absorbs and in the morning the skin feels softer. I found that these oils are good for making the skin feel soft, but they didn’t really help with removing scars or dark spots. Out of the two, I would choose the rose hip oil to re-purchase.

The cucumber and guava firming eye balm  from the Jojoba company is meant to reduce the appearance of fine lines and puffiness around the eyes. After applying this balm under my eyes I found that I couldn’t really see any difference, however I also applied this to my forehead where I have have fine frown lines, and I actually noticed a difference, nothing too drastic, but I do feel like there was a slight reduction in the fine lines.

The Clinique dark spot corrector is a little sample a friend gave me (Thanks Ava!). I didn’t start using this one till very recently but I’ve found it to be really good, now this is good for reducing dark spots and acne scarring! It has a very light consistency, glides on the easily and absorbs pretty much instantly. If I keep using it, hopefully my scars will disappear.

Last but not least the serums, Jurlique’s Nutri-define Superior Retexturising Serum and Estée Lauder’s Advanced Night Repair. These products I have found to be helpful in making the skin feel and look smoother. Again because I used the break my pimples and squeeze my skin, the texture of my skin became quite rough and uneven. I have found that the morning after applying either one of these products, my skin seems so much more smoother. Out of the two I can’t choose which one I would re-purchase just because they both have a very similar effect, if you are looking to buy one I would say just go for the one you find more reasonable in price.

Just on a side-note, I have found that changing the routine helps, because as I mentioned earlier, when I was just using the rose-hip oil, after a while I didn’t really notice a difference, so use one product for a couple of days and then use a different one, and so on.